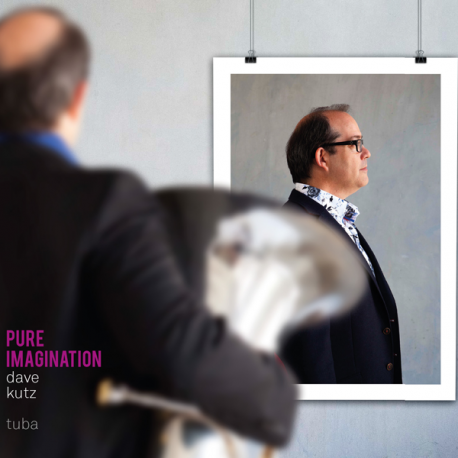 Notify me when available

Away from the orchestra, Dave is actively creating projects for the Netherlands Philharmonic Brass and Brass Quintet, and appearing as soloist when time permits. Dave has performed recitals on four continents and has been a guest artist at the International Tuba and Euphonium Conference, the Ottawa Chamber Music Festival and the Holland Festival in Amsterdam. Dave also performed in China, Australia, the United Kingdom, the United States (with the Royal Concertgebouw Orchestra), and in Brazil at the International Winter Festival at Campos do Jordaõ.

An energetic and successful educator, Dave holds the title of Doctor of Music from Northwestern University in Chicago and has studied with Rex Martin, Gene Pokorny, Dennis Miller, Nicolas Atkinson, and the late Arnold Jacobs. Before moving to The Netherlands, Dave served on the music faculties of several universities in the United States and Canada; currently he is active as a teacher, ensemble coach and audition mentor throughout The Netherlands.

Rambling Elephant Rag Markus Fagerudd
Fagerudd is the composer­-in-residence with the Vaasa City Orchestra. He has written a few operas commissioned by the Finnish National Opera and Savonlinna Opera Festival, and numerous chamber music works. “Rambling was a piece for the Lieksa Competition (2013) and it then became the last movement for my second tuba concerto …”

Andante from Cello Sonata in g minor, Op. 19 Serge RachmaninoffWith its deeply touching and simple melody, the lyrical Andante from Rachmaninoff’s Sonata should be considered one of the greatest “love stories” ever written for two instruments. Rachmaninoff’s signature piano writing with its long broken arpeggios and full sound lends itself well to the collaboration with the power and tone of the tuba.

Hogtown Wizzard For Cimbasso, percussion and piano Steven Verhelst
Hogtown Wizzard was born from collaborations with Steven at the Netherlands Philharmonic Orchestra. “Hogtown” is the common nickname for the city of Toronto, my birth city, and the character of the composition recalled immediately images of my father working for the Canadian National Railway. Written for cimbasso, piano and percussion the work is challenging both sonically and rhythmically and will certainly remain one of my favorites.

Concerto in c minor Benedetto Marcello
It is widely accepted that Alessandro Marcello had written the concerto in d minor and then Benedetto later adapted it into c minor. After ­Benedetto, Johann Sebastian Bach further added to its distinction transcribing it for harpsichord in BWV 974. The concerto is full of beauty, simplicity, and I dare to say, romance. Knowing that the lightness of sound and touch that the oboe naturally possesses would not come easily for such a large instrument as the tuba, it was a real pleasure to make the effort to communicate this work in my own way.

Vocalise Kyrill Molchanov (arr. Verhelst)
Kyrill Molchanov was born in Moscow, USSR, on 7th September 1922.
Molchanov’s favorite musical genre was opera (he was the son of an opera singer) but he also composed much instrumental music including works for ballet, chamber ensemble, symphony orchestra and the stage. In 1973 he was appointed director of the Bolshoi Theatre in Moscow. The Vocalise is simple and charming with a deep romanticism.

Sonata for Tuba and Piano John Cheetham
During my two years working at the University of Missouri-Columbia, I had the privilege of working alongside John. We worked on various projects together that led to my request for the Sonata. It is a delightful piece for tuba that shows his genuine wit and sensitivity as a composer.

Pure Imagination LESLIE BRICUSSE/ANTHONY NEWLEY (arr. Verhelst)
“We are the music makers, and we are the dreamers of dreams…” This lovely ballad, taken from the film fantasy Charlie and the Chocolate Factory, and Jamie Cullum’s version, gave me so much inspiration for this project. Steven’s beautiful arrangement and the wonderful performance by Chamber Consort Amsterdam came together better than I could ever imagine.

No customer comments for the moment.